LED downlights or recessed lights are mostly used for ceiling lighting in kitchens, bathrooms, and many other applications. downlights are versatile, and can be used practically anywhere, in some cases even outdoors. Here are some things to consider when buying LED downlights.

The Bezel is an important visual aspect of a downlight, as it is the only component you will see when it is installed. A downlight’s bezel doesn’t make any difference to the performance of the light, though, it is just a matter of personal choice.

Downlight trims come in a variety of finishes, from polished or satin chrome, to white, brass and aluminium. White bezels tend to be the most popular option as they blend in easily with many ceilings.

A major thing to consider is the colour temperature of the downlight bulb. Warm white, from 2700K-3200K, is suited to relaxed areas such as living rooms and bedrooms.

Cool white temperatures above 4000K tend to work better in kitchens and bathrooms, where a clearer light would be more beneficial.

A bulb’s beam angle tells you how wide or narrow its beam of light is. If you're using a downlight for accent lighting, or to highlight specific areas or objects in a room, then a narrow beam spread – between 20°-40° – would be best. 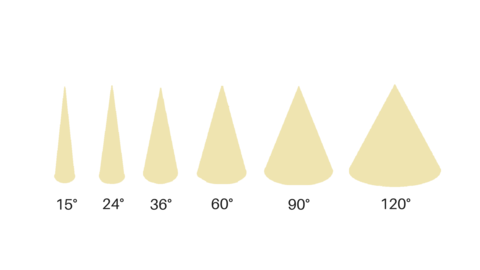 A wider beam spread, between 100-120°, would be better suited for general purpose lighting.

The brightness of a bulb is one of its most important characteristics and, like colour temperature, can make a big difference to the look and feel of a room.

A bulb's wattage tells you how much power goes into the bulb, but it has no relation to the light it emits. The brightness of a light bulb is instead measured in lumens output. A bulb for general use around the home might have a lumens count anywhere between 300-800lm, but they can range anywhere from 150-20,000lm.

The placement of a downlight can have a big effect on its performance. Placing downlights too close together can result in inconsistent lighting around a room, extremely bright in the centre, but dim around its perimeter. 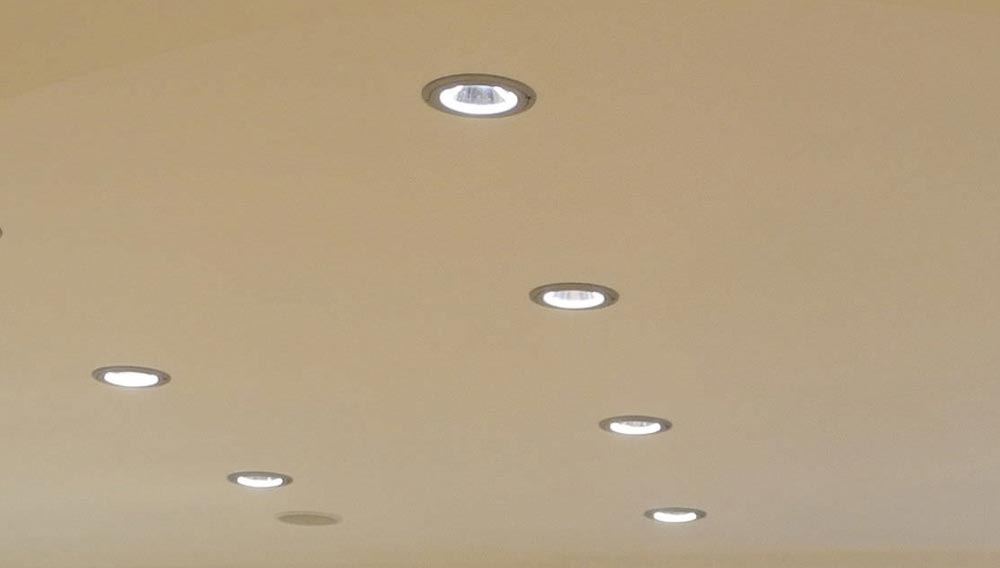 Evenly space downlights across a room to make sure the light they emit is comfortable and non-distracting. Remember that a light’s fitting may be a lot larger than the light itself, so take this into account when measuring up.

Enlite Lighting has launched a new revolutionary LED fire rated downlight - the E6™PRO. Utilising a unique RapidWire connection system, the whole product can be fully wired and installed in a matter of seconds. It provides high performance up to 103lm/W and includes the EnFiniti™ edge-to-edge multifaceted polycarbonate lens for low glare and a halogen like appearance.

The extra protection that fire-rated downlights offer can make a big difference in the event of the fire, both to a building and its inhabitants.