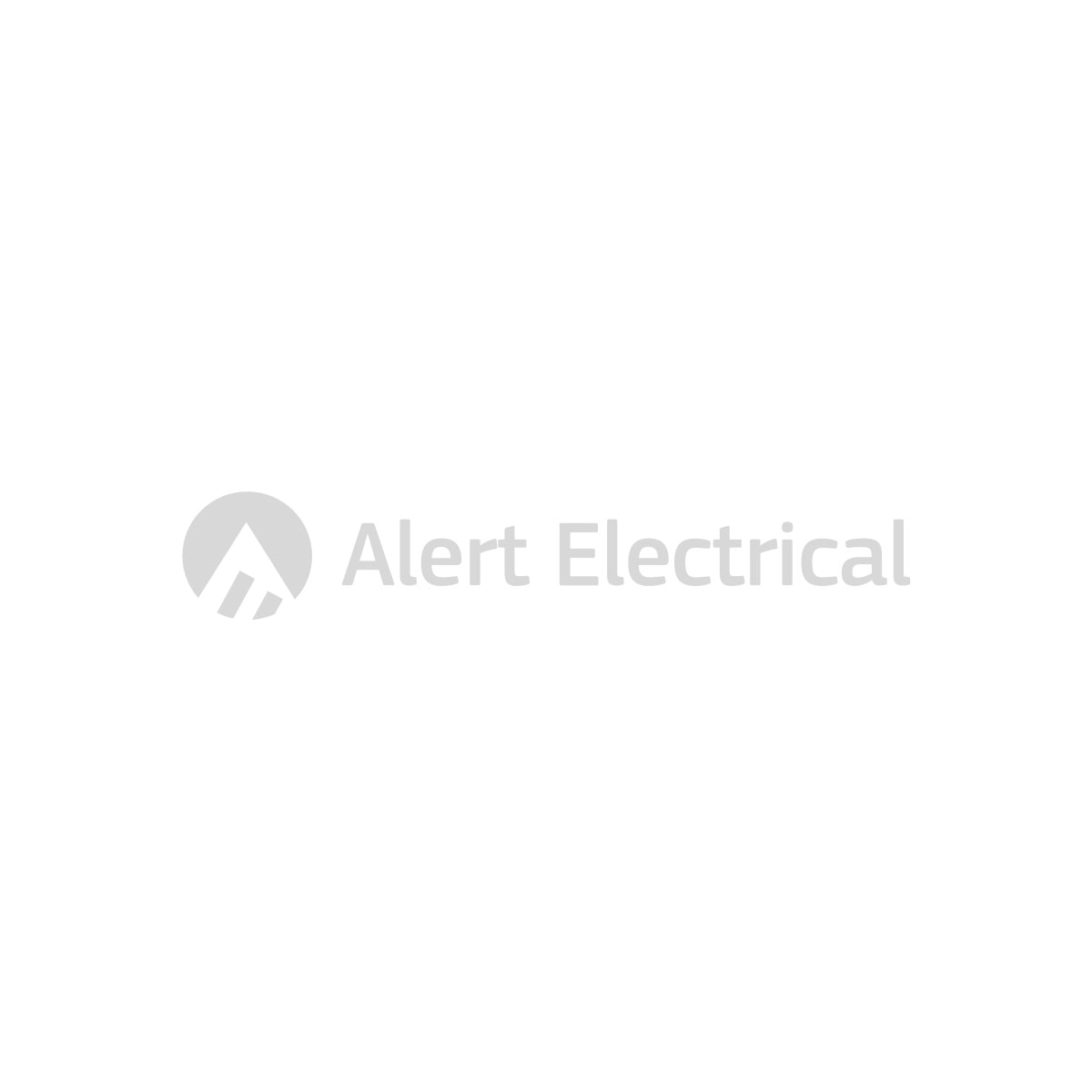 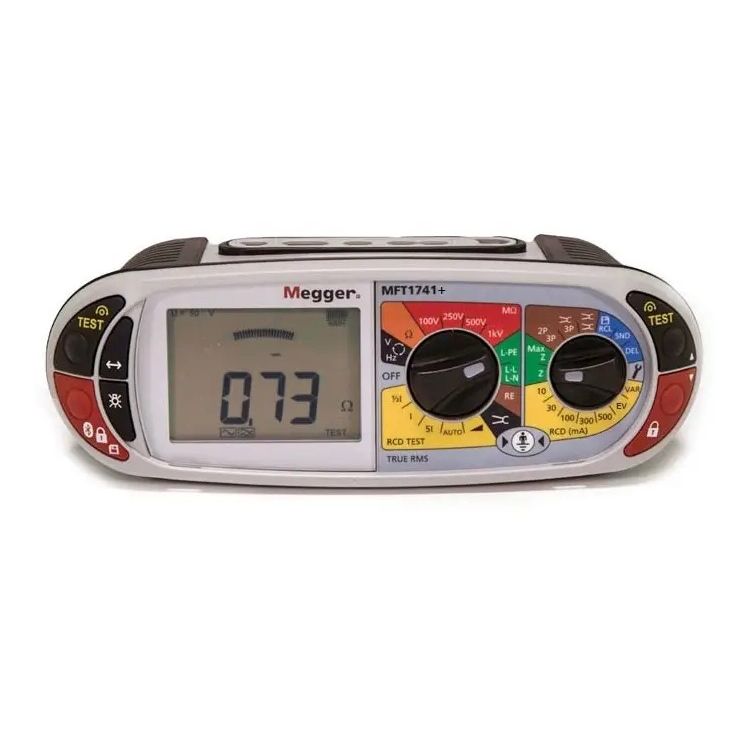 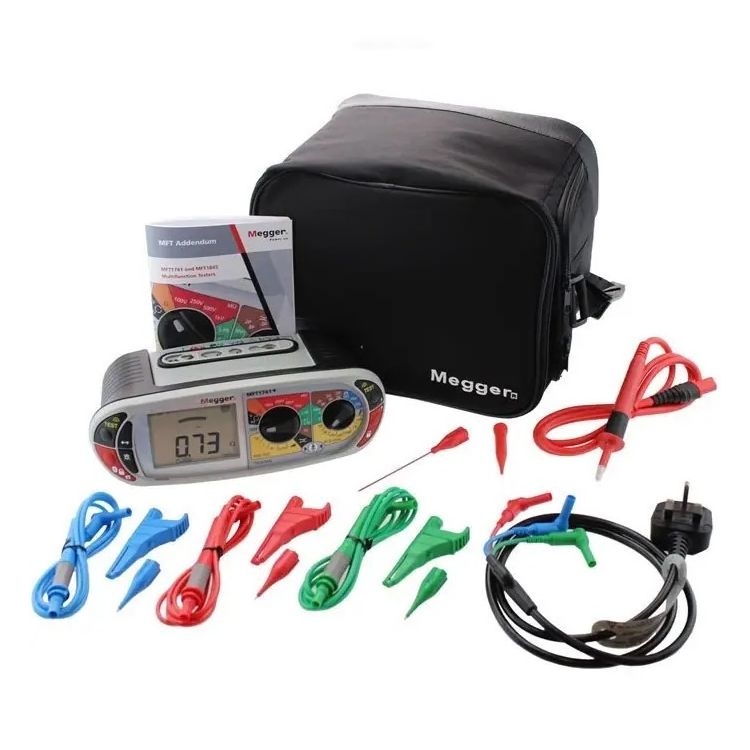 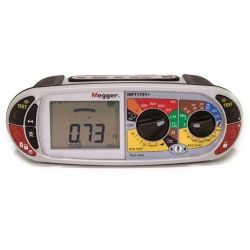 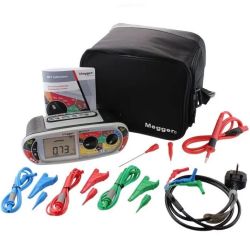 The Megger MFT1741+ Multifunction Tester is an upgraded version of the popular Megger MFT1741, capable of fully automatically testing 6mA DC RCDs. This makes it the perfect all-in-one solution for not only testing domestic, commercial and industrial low voltage electrical installations, but in addition to the standard MFT1741 the MFT1741+ also tests electric vehicle charging stations (EVSE) in compliance with the 18th Edition of the wiring regulations.

Where RCDs prohibit traditional high current loop testing, both the Megger MFT1741 and MFT1741+ feature advanced loop testing technology, enabling for extremely accurate anti-trip loop test measurements. Where electrical noise and harmonics would usually distort a loop impedance measurement (providing inaccurate test results), both MFT1741 models detect and compensate for interference, providing continually stable measurements. In addition, a patented ‘Confidence Meter’ is displayed above the loop impedance measurement upon the screen of the Megger MFT1741 and Megger MFT1741+. Represented by an ARC display, the indicator proves how reliable the loop test measurement is, lessening the requirement for repeat tests.

When conducting a loop test in a circuit protected by an RCD (most circuits in domestic installations), it is common to experience high loop impedance readings due to resistance of the coil within the RCD. The Megger MFT1741 and MFT1741+ both feature technology that removes the effects of the RCD impedance, thus providing an accurate measurement.

the Megger MFT1741+ can perform a full range of tests for new and existing electrical installations. For ‘dead testing’, continuity can be measured at 15mA or 200mA, and insulation resistance tests can be conducted at 100V, 250V, 500V or 1kV. In addition, the MFT1741+ can also carry out earth resistance measurements, including stakeless and ART methods of testing.

For ‘live’ testing, the MFT1741+ can conduct line to line tests safely, accurately carry out 2 and 3 wire anti-trip loop tests, displaying the reliability of the test on an ARC confidence meter. In addition, it can automatically test AC, A, S and B type DC current/high frequency RCDs and measure phase sequence for three phase systems.

All measurements are displayed on a backlit LCD in both analogue and digital formats, whilst function selection is made easy with two colour-coded rotary dials. The MF1741+ can store results to its internal memory that can be later downloaded using the supplied ‘Megger Download Manager’ software utility. Data transfer can be carried out between the tester and a third-party device using Bluetooth connectivity.